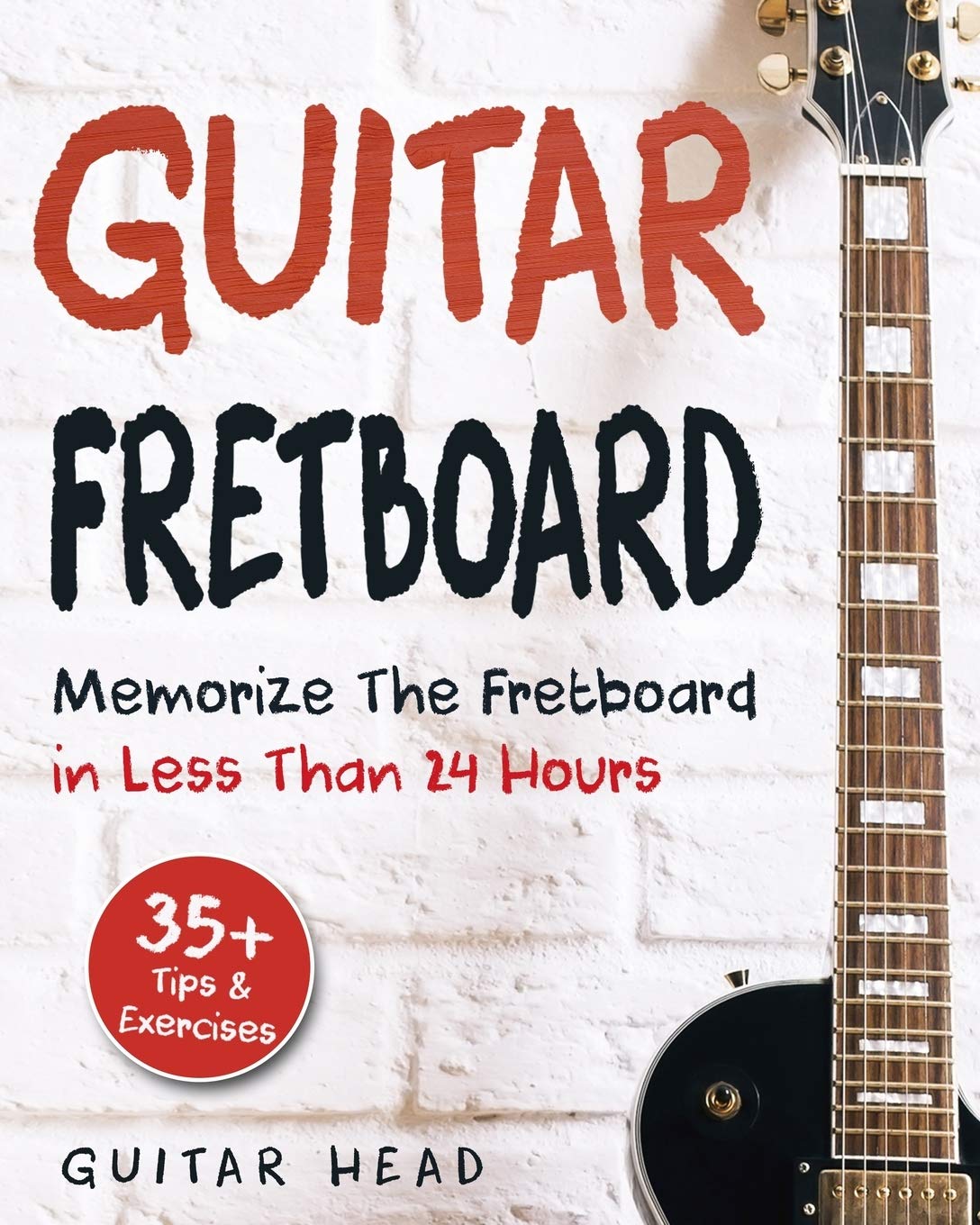 Memorize the fretboard before you play another note! Here’s why…..

A fully memorized fretboard is one of the most underrated skills in the guitar world. It’s not expected from a beginner, nor is it taught in the normal course of guitar learning.

But the smartest and best guitarists in the world know why fretboard knowledge can be the secret to being good at guitar.

Why memorize the fretboard?

Apart from sounding extremely cool when you say “Oh, you played a C instead of a C#”, it amplifies every area of your guitar playing:

Area #1: Guitar scales won’t be just patterns on the neck:

Chords are combinations of specific notes too. You can hold these notes anywhere on the fretboard to get chords in different contexts. And if you know the chord formulas (which we teach in our other books) you just unlocked the gates to the world of harmony – without having to memorize them all!

But it starts with – you guessed it – fretboard knowledge.

Break free from common chord shapes and sounds to venture into the wild west of music writing. Add your own chords to popular songs, change the key or simply be more creative.

Granted this is an advanced skill, but the shortest path to get there – fretboard memorization!

Area #4: And the biggest benefit of them all – improvisation!

Improvising is natural to a person who knows the fretboard! New note combinations, unorthodox melodies, playing fluently with a backing track or even writing new melodies. Nothing works if you can’t pick out the notes on the fretboard in an instant.

And we agree with all of that. Memorizing 24 frets across 6 strings is not the easiest thing in the world. And most guitarists only ever master it after 1000s of hours on the guitar.

But we want to give you a cheat code!

Inside this book, we’ve simplified this process that takes a “lifetime” into 5 easy steps. Using these, absolute beginners have memorized the fretboard in less than 24 hours. Some even in as little as 5 hours!

Wondering how we do it? Simple!

We combined pattern recognition with memory techniques and games to create a system that will show you patterns hidden in plain sight and give you short memory phrases like “Eddie Ate Dynamite, Good Bye Eddie”. This will take the layout of the fretboard right to the brain – WITHOUT any sort of blunt memorization.

With over 700 5–star reviews, this book has helped over 39,000 guitarists shorten their learning time and gain the skill of the guitar gods – in under 24 hours!

And it costs less than a pack of strings!

So, scroll up and click ‘buy now’ to gain the unfair advantage of the pros in under 24 hours!