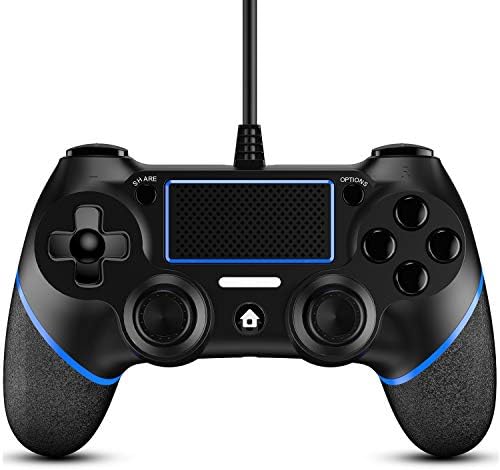 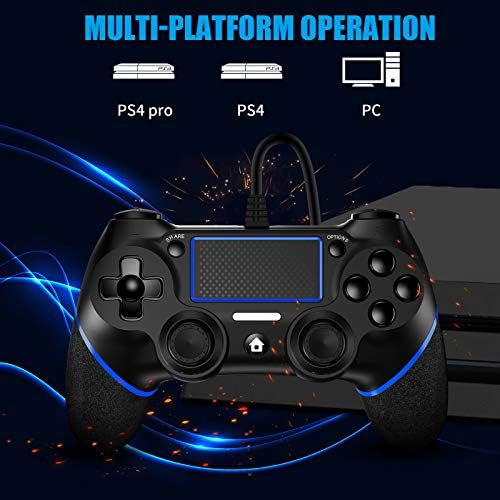 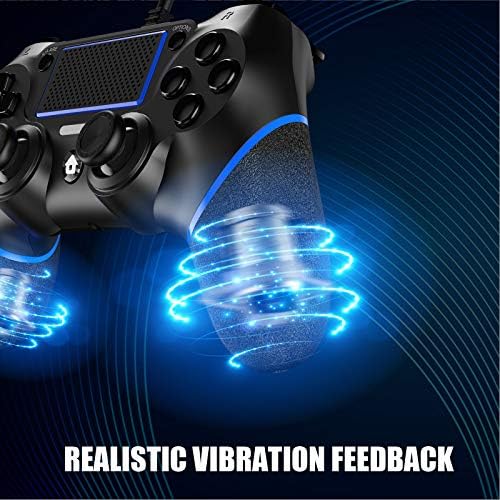 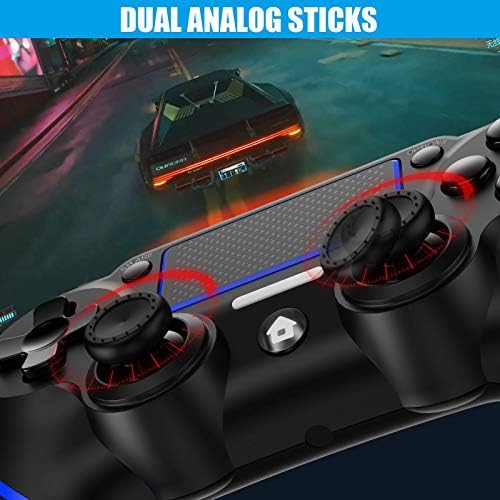 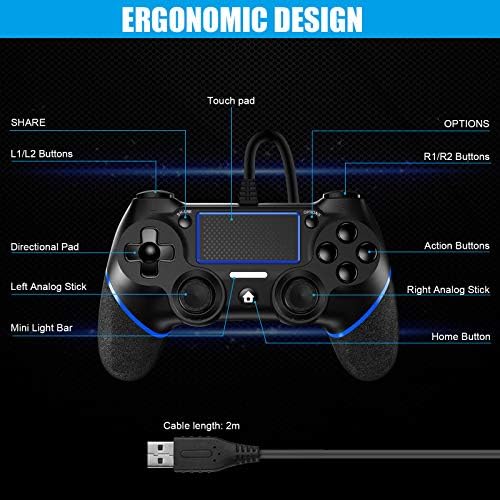 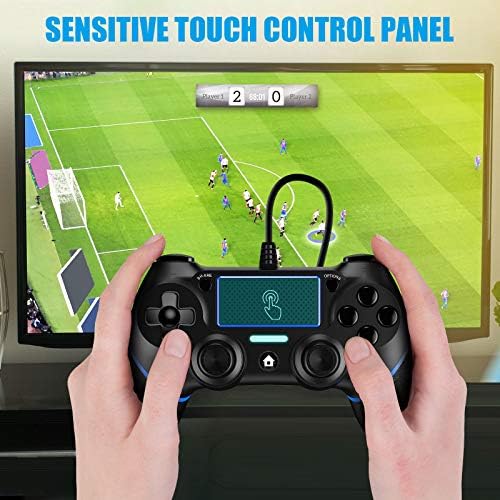 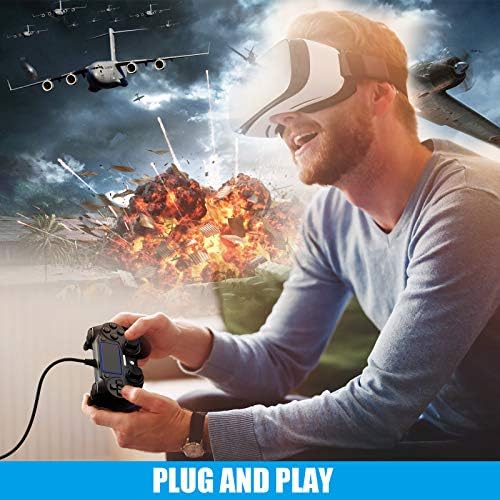 1) This joystick is compatible with PS4 console and PC(Windows 7/8/XP.Note:Windows 10 may be incompatible).

4) Built-in with colorful LEDs indicating joystick channels, LED color alternates when the joystick is connected to a PS4 console.

5) This joystick can be upgraded through updated software by connecting with PC.

Third Party Products, made by ETPARK, not from the SONY brand

Button function may vary from game to game due to different games, actual operation prevails.

ETPARK ps4 wired controller does not have MIC and Audio Jack function,headsets are not supported.

A) Power on a PS4 console, insert the USB plug of a controller into the USB port of the console, then press on the HOME button of the controller , the LEDs blink quickly, when a single LED keeps solid bright, it means the connection is done, thus the controller is ready to be used.
B) Controller colorful LED indication explain: Display player status. Press on the HOME button, the LED light bar is lighted at a sequence of blue, red, green and pink, each controller is configured as player login order identification.
C) Up to two wired controllers can be connected to a PS4 console simultaneously, different color LED indicates different player.

«What should I do if the controller does not work after connecting to the PC? »

There are usually two reasons:

1)The USB port of your PC not be used for a long time, and the contact is poor or the power supply is insufficient.

Solution: replace the port with larger power, such as the interface behind the host computer or the external USB ports.

2)You are missing a game simulator or the system is not compatible with the controller.

Solution: Install a driver, the universal simulator can be searched and downloaded on the network. If you don’t want to search by yourself,we will send you the driver and help you solve the problem.

The Controller is specially designed for PlayStation 4 console, adapting Dual Shock 4 wired controller program,it’ a perfect replacement for Sony Dualshock 4 gampad with much less cost.
In addition to induce tilt angle of the controller,it can also capture the 3 axis acceleration information of three-dimensional space X、Y、Z,and transmit all information captured to the game system quickly.With this function,players can use this PS4 controller to operate special games.
It’s equipped with latest motion sensing technology,built-in three-axis gyroscope and three-axis accelerator.With the three features,it can detect omnidirectional dynamic information including Roll,Pitch and Yaw
It’s also featured with a new function:dual-point capacitive sensing touch pad on the front of the controller. The share button makes social interactions easy with instant gameplay video and screen uploads.
Note:The central button is a tactical button and not a touch sensitive pad; The controller does not have MIC and Audio Jack function,headsets are not supported.The controller is dedicated to PS4 and PC(Windows 7/8/XP,Windows 10 system may be incompatible), not PS3.

© As an Amazon Associate I earn from qualifying purchases.